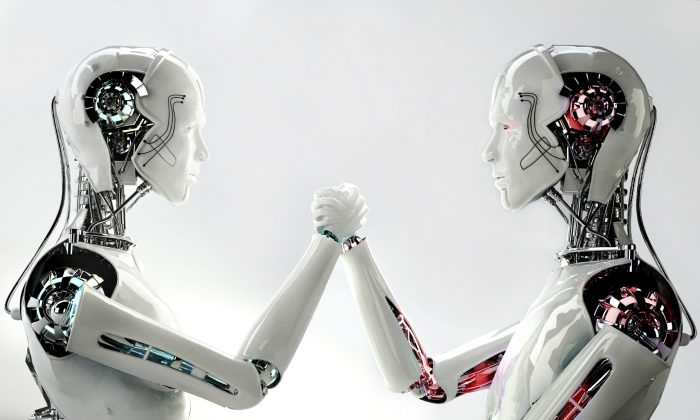 A Robot Passes A Self-Awareness Test For First Time

A humanoid robot in New York solved a classic puzzle that researchers say requires self-awareness. This is the first time a robot has passed such a test.

Selmer Bringsjord, who ran the test, said that after passing many tests of this kind over time, robots will amass a repertoire of human-like abilities that eventually become useful when combined.

HNGN reports: Researchers told three robots that two of them had been given a “dumbing pill” that stops them from talking, but what really stopped them from talking was a button pushed by the researchers, explains New Scientist.

None of the robots knew which one was still able to speak, and when asked which one had the ability to speak, the robots all attempted to say “I don’t know.”