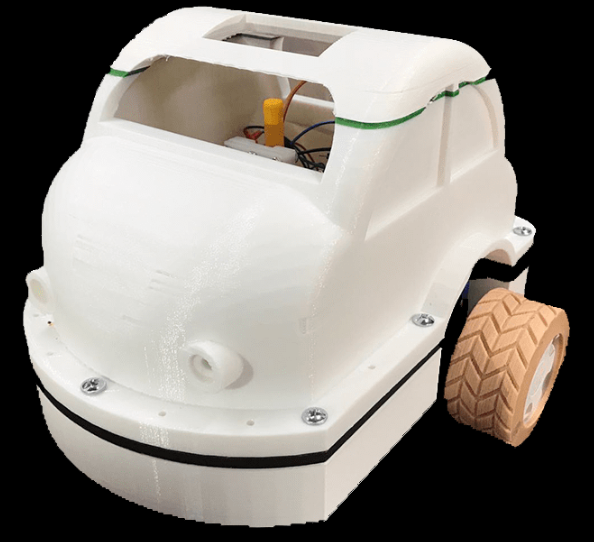 This project is a small programmable robot car which has a pen axis and pen ability is changeable. This pen can draw any shape on flat surfaces and with pen knife it can cut any shape on paper.

Fixed dimensions of laser cutters, plotter CNCs and 3D printers and also the high cost are the main limitations of using these machines; so the idea is to make a free size, low cost small car robot which has changeable pen’s ability to be used for both cutting on a piece of paper with pen knife and drawing any shape with pen on any flat surface. This robot will help the people who work in paper crafts and architecture students to build their prototype models at low cost and without the size limitation of CNC machines and laser cutters.

This project is made by Israa Rabbaa