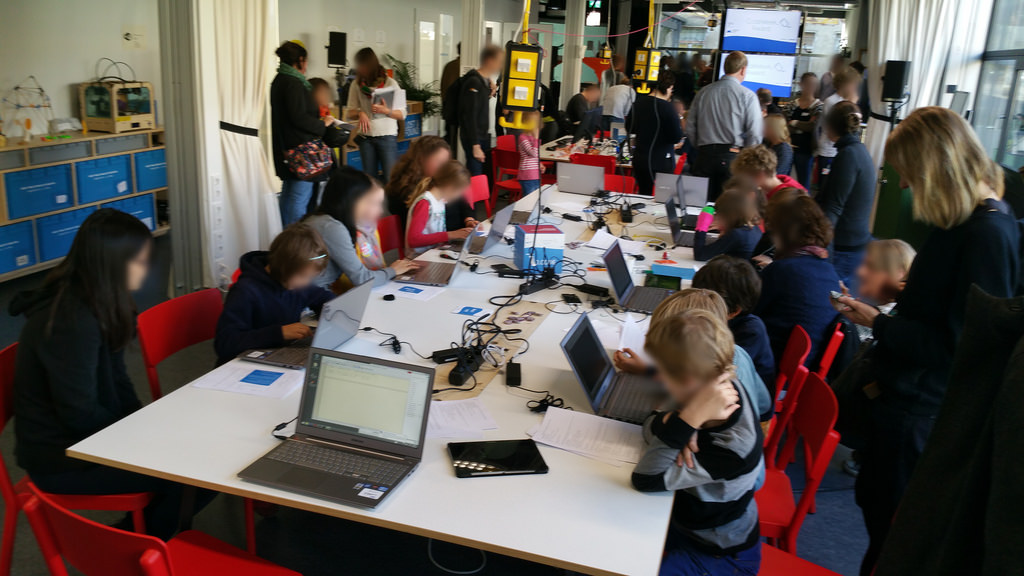 SAN FRANCISCO — A few weeks ago, at the Bay Area Discovery Museum (BADM) near San Francisco, five-year-old Jack Stabenow climbed a step stool to peer into a machine that cuts cardboard with a high-powered laser. The red beam precisely followed a squiggly building design that Jack had just finger-drawn on a tablet computer. Jack’s goal was to make a building that could stand up to the wind of a nearby table fan.

With his cardboard cut, Jack hurried to the assembly area where about two dozen other kids his age labored over teetering, but well-taped, creations. If these first attempts toppled in the breeze, that was to be expected. In fact, back-to-the-drawing-board was kind of the point.

The kids were learning the cycle of design, prototype, test and redesign that’s a hallmark of engineering.