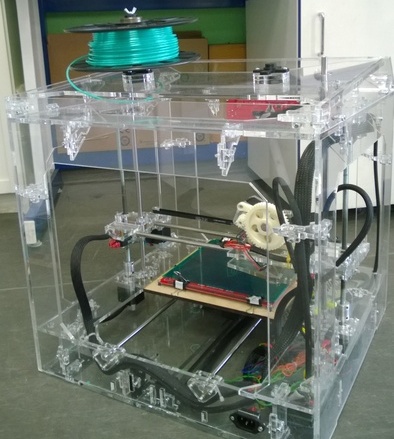 Simone Amber, co-founder of Fab Lab Connect and founder of Schlumberger Excellence in Education Development (SEED), was inspired by MIT Professor Neil Gershenfeld’s idea of Fab Lab and in 2009 built a partnership between D.E.Baird (retired Schlumberger CEO), Stanford University, MIT and SEED to create the first Fab Lab in Russia.

It officially opened its doors in June 2011 at Lyceum No. 1502, a state-run educational institution at Moscow Power Energy Institute (MEIP). The Fab Lab provides students with the opportunity to learn science, mathematics, and engineering by using cutting-edge fabrication and prototyping equipment, robotics, scientific instrumentation, and computer modeling.

A wide range of projects originated from Lyceum No. 1502, among which are a robot stepper, hall sensor, a message decoder and gesture recorder. In early 2012, these projects were demonstrated and won awards in several competitions. They continued to impress the world in June 2012 at the 12th All-Russian Exhibition of Youth Technological Creativity.

Based on the successful development and experience of the Fab Lab at Lyceum 1502 MPEI in Moscow, teachers created a curriculum program for all students in grades 7-9. This course – Basics of Technical Modeling – will run through the 2014-2015 academic year. A parallel elective course is Robotics, which prepares students for robotics competitions.

Influenced by Fab Labs, Russia is redefining innovation and science for youths that exceed the national educational standard.

“When I started the first Fab Lab in Russia,” said Simone Amber, “I had no idea that, today, there would be so many other similar operations across the country!”

There are approximately 100 youth innovation centers across Russia organized under the Fab Lab concept. 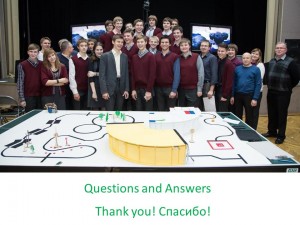 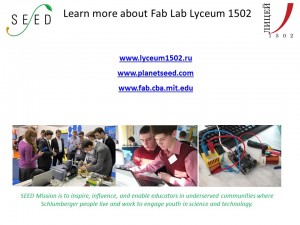 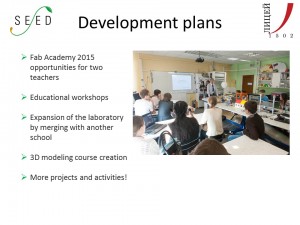 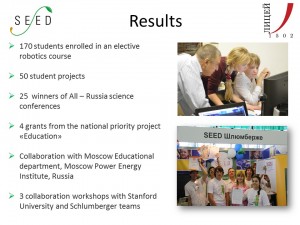 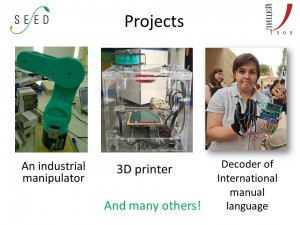 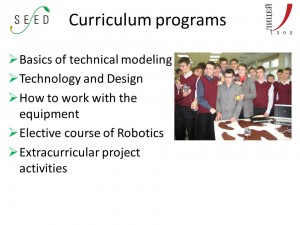 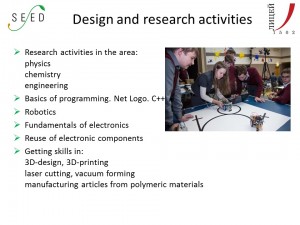 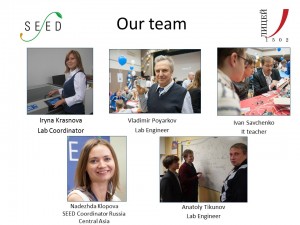 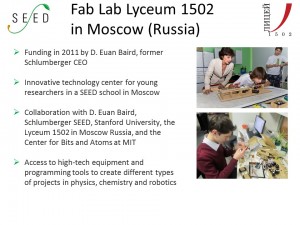 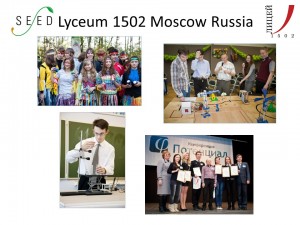