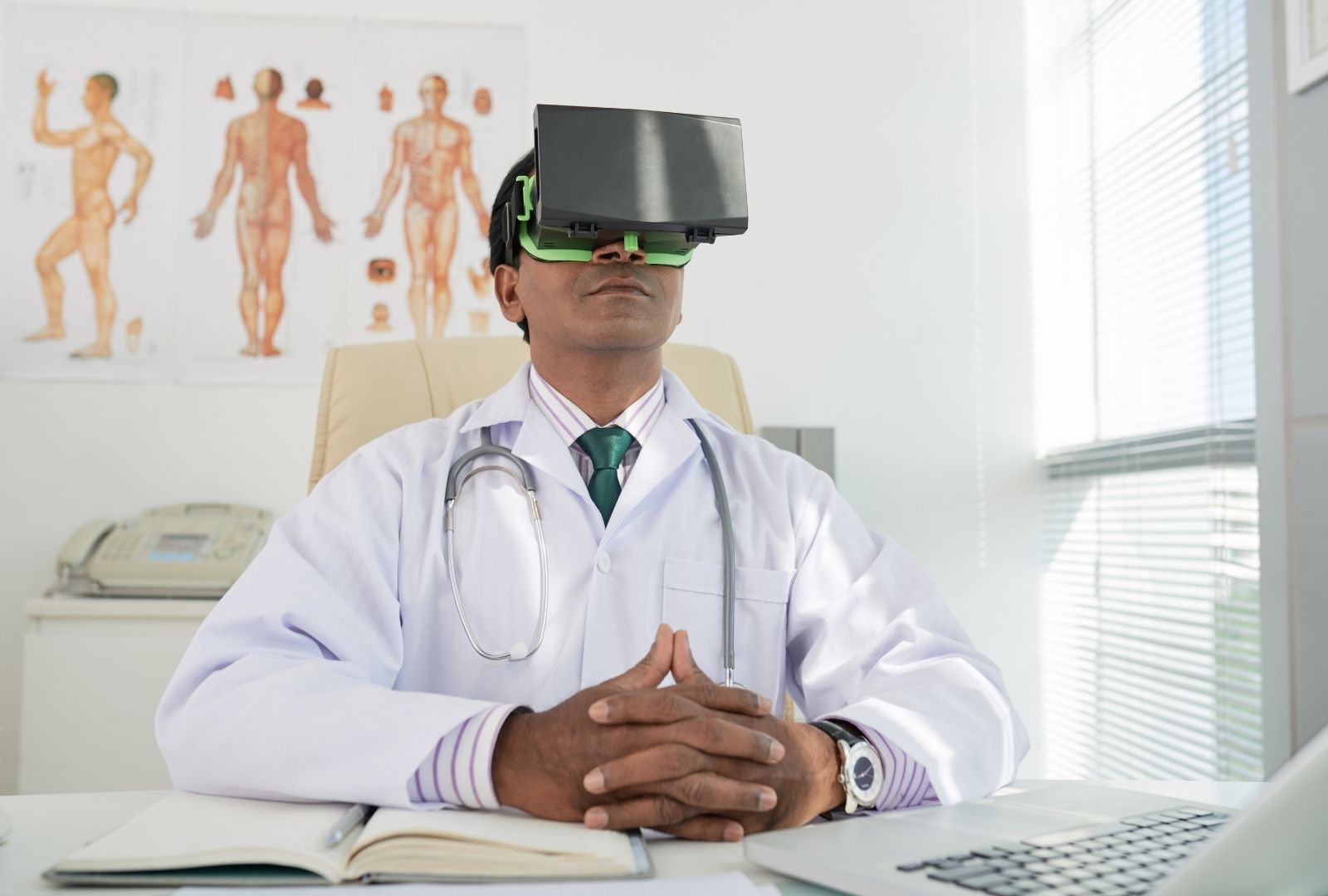 How VR Is Expanding Health Care

Clinicians can help patients recover from strokes while they’re anywhere in the world by using VR devices. – Health Care

It’s happening at Georgia Institute of Technology, where Nick Housley runs the Sensorimotor Integration Lab. There, patients undergoing neurorehabilitation, including those recovering from a stroke, are outfitted with robotic devices called Motus, which are strapped to their arms and legs. The goal: to speed up recovery and assist with rehabilitation exercises. Patients and practitioners using the system wear virtual reality headsets. The Motus device sends feedback to the clinician, who can guide the patient through exercises designed to recover movements they have lost. “The headset tells you really critical things, like how much force someone’s muscle can put out,” Housley says. “It can also tailor an intervention—for example, if someone has difficulty picking up a cup of coffee, you can guide them in real time.” Virtual reality is increasingly being used to train health care providers, assist with pain management and provide telemedicine across the globe. Headsets are relatively inexpensive now, at $300 to $1,000 per device, and can expand a practitioner’s reach to anywhere on the planet. “The potential advantages of VR in Health Care are tremendous, and only the limits of our imagination restrict the possibilities,” says Dr. José Barral, chair of biomedical science at the Kaiser Permanente Bernard J. Tyson School of Medicine in Pasadena, Calif.

According to one study, virtual reality plays an important role in improving doctors’ performance and should be used as a complementary education tool. Laparoscopic surgery, for example, can be taught using VR, and this type of training leads to higher accuracy. VR tools are “very effective in transferring skills to the operating room,” the study authors write. They added that VR should be used to train doctors in skills such as suturing, ultrasound, and nursing procedures.