Maker Faire Halts Operations and Lays Off All Staff

Maker Faire halts operations and lays off all staff 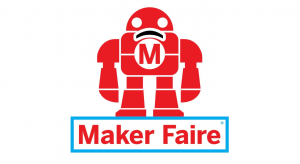 Financial troubles have forced Maker Media, the company behind crafting publication MAKE: magazine as well as the science and art festival Maker Faire, to lay off its entire staff of 22 and pause all operations. TechCrunch was tipped off to Maker Media’s unfortunate situation which was then confirmed by the company’s founder and CEO Dale Dougherty.

For 15 years, MAKE: guided adults and children through step-by-step do-it-yourself crafting and science projects, and it was central to the maker movement. Since 2006, Maker Faire’s 200 owned and licensed events per year in over 40 countries let attendees wander amidst giant, inspiring art and engineering installations.

“Maker Media Inc ceased operations this week and let go of all of its employees — about 22 employees” Dougherty tells TechCrunch. “I started this 15 years ago and it’s always been a struggle as a business to make this work. Print publishing is not a great business for anybody, but it works…barely. Events are hard . . . there was a drop off in corporate sponsorship.” Microsoft and Autodesk failed to sponsor this year’s flagship Bay Area Maker Faire.

But Dougherty is still desperately trying to resuscitate the company in some capacity, if only to keep MAKE:’s online archive running and continue allowing third-party organizers to license the Maker Faire name to throw affiliated events. Rather than bankruptcy, Maker Media is working through an alternative Assignment for Benefit of Creditors process.