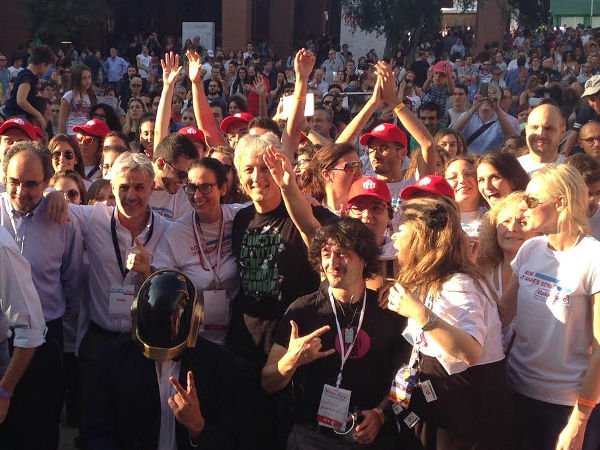 Last year, Maker Faire Roma was a Roman colossus, and this year, the second edition, Maker Faire was American in scale, meaning colossal but normally so. It had the look and feel of SXSW Interactive in Austin, when legions of thousands of geeks invade a city with their gadgets, ideas, energy.

But Austin is smaller than Rome and much, much younger. Rome is a wonder of the world haunted by lost golden ages; a clamorous glamour and a can-do imperial spirit echoes among the old ruins of chipped marble and flat red brick, currently abandoned to cats, rats and tourists.

The crowd of Maker Faire attendees — 90,000 they say, which is enough to populate a “bolgia” of some Dante circle of hell — was loud, demanding and of all ages and nationalities. Security, police, participants and organizers themselves struggled to patch the event when the crowds burst its seams.

This year the Makers were more business oriented and also more politically conscious. The hobbyist tinkers of DIY “do it yourself” are taking on a more Italian and sociable “do it ourselves” DIO solidarity. The first day ten thousand high school students from all over Italy dutifully trampled in to see the show, which was markedly national in character. The “Make in Italy” movement is firmly linking itself to the half-forgotten legacy of Italian electronics, when Ettore Sotsass designed for Olivetti and brainy designers like Munari and Castiglione wrought wonders with their radical re-thinks of simple materials.