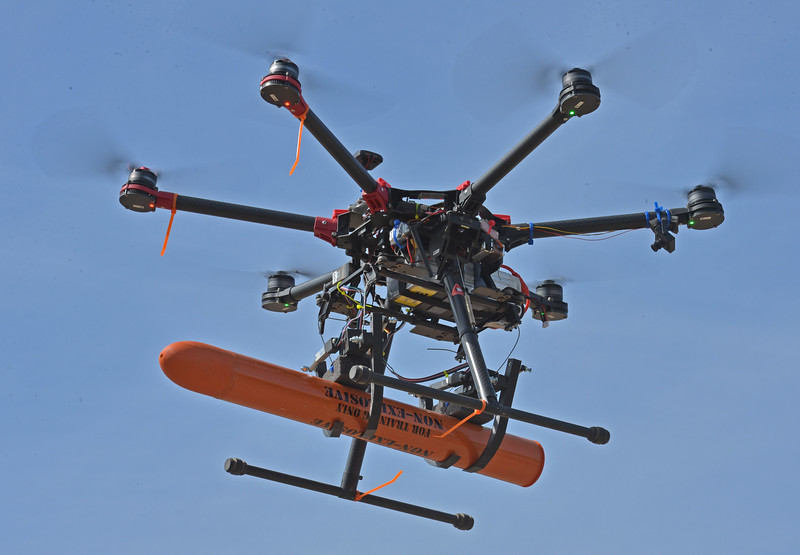 Enemy fire has destroyed an aircraft runway and littered it with explosive mines. Now it’s up to teams of engineers at Northrop Grumman to clear the wreckage and fill in the craters using semi-autonomous drones.

Some teams use flying octocopters fitted with GoPros and mechanical claws; others use terrestrial bots with Microsoft Kinect sensors and household vacuum cleaners.

The war game competition — which played out Tuesday at the Northrop Grumman Aerospace Systems campus in Redondo Beach — is one in a series of initiatives the defense contractor is using to foster innovation among its workforce.

Taking a cue from the tech world’s garage-based culture of informal collaboration, the defense contractor has opened a fabrication laboratory at its Redondo Beach facility to provide a space for employees to tinker with electronic equipment, milling machines, band saws and electronic sensors.