Taking a Call for Climate Change to the Streets

Legions of demonstrators frustrated by international inaction on global warming descended on New York City on Sunday, marching through the heart of Manhattan with a message of alarm for world leaders set to gather this week at the United Nations for a summit meeting on climate change.

Coursing through Midtown, from Columbus Circle to Times Square and the Far West Side, the People’s Climate March was a spectacle even for a city known for doing things big, and it was joined, in solidarity, by demonstrations on Sunday across the globe, from Paris to Papua New Guinea.

“I’m here because I really feel that every major social movement in this country has come when people get together,” said Carol Sutton of Norwalk, Conn., the president of a teachers’ union. “It begins in the streets.” 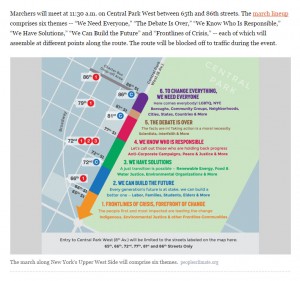 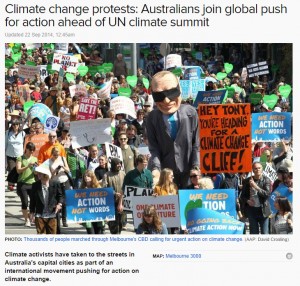