Home Digital Fabrication What Is The National Week Of Making And How Is The Country Celebrating It? 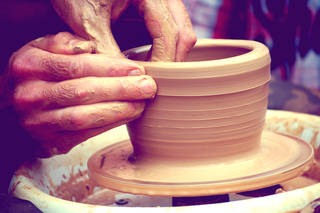 What Is The National Week Of Making And How Is The Country Celebrating It?

You may not know it, but we are nearing the end of National Week of Making, designated by the White House as a time to celebrate innovations in science, technology, engineering, art, math and individuals who contributed to the Maker Movement.

According to U.S. News, the term “making” refers to creative elements such as metalworking, woodworking, drawing and digital fabrication. “Making” can play a vital role in ensuring a relevant and engaging learning experience for children as well as challenging them to solve real-world problems.

President Barack Obama kicked off the week, from June 17-23, with the National Maker Faire at the White House this past weekend. The National Maker Faire allows members of the public to showcase the inventions they have created using their STEM skills, according to Laboratory Equipment. “We celebrate the tinkerers and dreamers whose talent and drive have brought new ideas to life, and we recommit to cultivating the next generation of problem solvers,” U.S. News reported Obama saying this week.

Those problem solvers are part of the Maker Movement, where “makers” have developed new products and services that can be fostered in any community, according to Maker Faire. The movement is also characterized by technology-based extension of do-it-yourself projects. Read More…