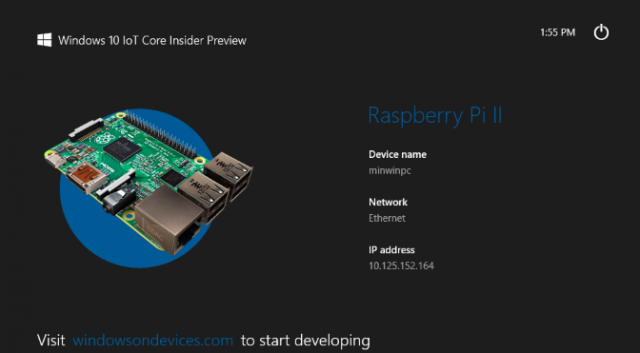 Microsoft has followed up on its February promise to make Windows 10 available for the Internet of Things and has finally shipped a preview of the operating system for the Raspberry Pi 2. The RBP 2 isn’t the only device supported — the new Windows 10 IoT Core Insider Preview (we didn’t name it, don’t blame us) is also available for the MinnowBoard Max.

Microsoft’s blog post talks up a comprehensive partnership between itself and a variety of IoT companies, including Arduino and Hackster.IO, but there’s obviously a bit of play in exactly how the software giant is supporting various devices and products. With Arduino, Microsoft is talking up how Windows provides a software platform for controlling existing devices (and possibly a means of distributing software for various types of Arduino-based hardware) rather than as any kind of operating system for the devices themselves. Microsoft has put together some basic tutorials on how to use Windows to control an LED light kit powered by an Arduino, for example.