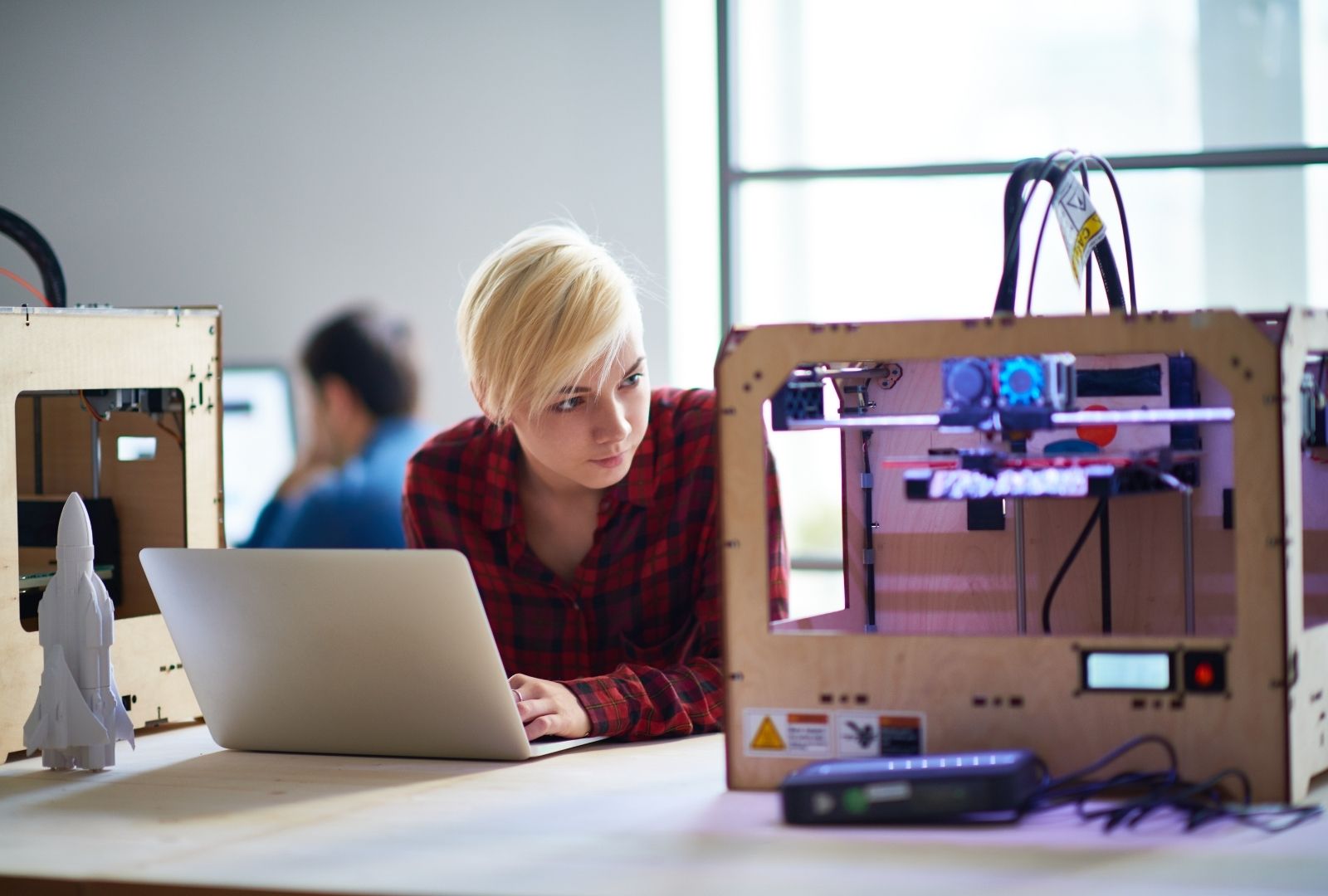 3D Printers: The “Duct Tape” For The Supply Chain?

One of the changes engineers can expect is to have greater control and empowerment at the point of need with 3D printers.

“Back in the day when I was a design engineer, the nature of my job was to create a design and then rely on a completely different and distinct set of resources, often outside of my business entirely, to make the part. And that might take weeks or months, depending on what the part was and what processes it was beholden to. I recall how frustrating that could be when the reality of your job, your timetable, and even your cost structure is dictated by someone completely outside of your business and outside of your control.

“The very nature of that job and that role changes when you’re empowered with equipment right on your desk,” continues Lazier. “In addition, the kind of components and parts that you rely on now can be produced right where you need them. And as an engineer, you are actually specifically involved with the creation of that part.

With 3D printers, designers can qualify a part all the way from prototype to production at a design lab or geographically distinct office, and then push that design to production where it may be pulled down by production resources somewhere completely different across the planet. This process is happening for a specific and growing band of use cases and applications, especially with printers like the Markforged Digital Forge, and other cloud manufacturing capabilities.

A new role for the design engineer

With 3D printing, you have more choice about how hands on you want to be with a design, depending on the organization, the individuals involved with manufacturing, and the roles and responsibilities of those individuals. “What I thought engineering would be before I went to college, I assumed I would be involved in the process of actually creating my object. But the reality was, at least in 2015, when I started my career as an engineer, it was really hands off. I could go walk through the factory, and go see how the parts were being created. But when I was actually doing my job, it was all behind a computer screen.

“And the beauty of 3D printing today is I’m sitting in a room that’s like 10 by 12, and I have three 3D printers sitting behind me. Even as I’ve transitioned to a role that has less to do with engineering, the process of actually creating physical parts, and every little detail that goes into that, are completely under my control. And by extension, the people who make great designs and made those great designs, create it on great manufacturing platforms. Now it’s sort of reverted back to this reality where I am directly in control of creating that part, pulling it right off the printer and getting that hands-on feedback as to how my design worked out.