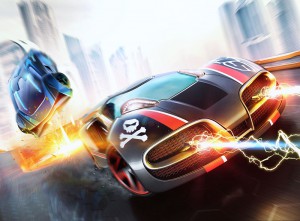 Anki Revs Up For Battle-Racing V2.0

Artificial intelligence start-up Anki is gearing up for the release of its newest battle-racing game Overdrive this fall.

In the game, players use their mobile devices to control physical supercars and battle up to four friends at a time, or one of 25+ AI commanders. Click here to see it in action.