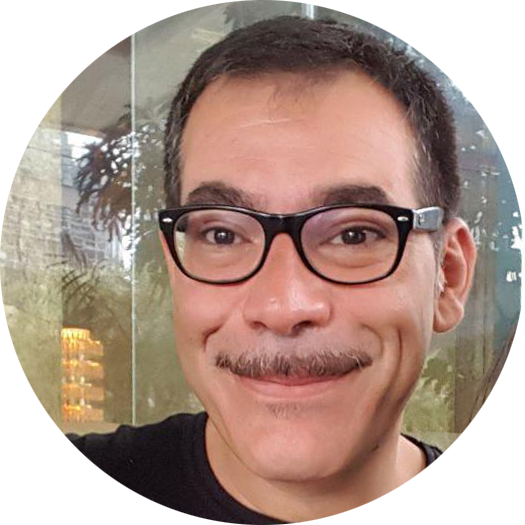 It is with a very heavy heart and great sadness that I write to you today.  Our colleague, good and dear friend, adventuring spirit, innovator and Bit Ninja Fiore Basile passed away last night.  He was at home in Italy, with his partner Claudia, where he experienced a sudden heart attack. Fiore was going to turn 44 in just a few weeks.  We are all devastated by this loss in our community.

In memory  we’d like to tell you a bit about his life. Fiore had been coding since he was a kid, and soon moved on to networking. In the late 80’s he first hosted a BBS in his room, then earned a Computer Science degree, founded two IT startups, managed EU IST research projects, built web and mobile apps and consulted for companies over 20 years.

In his late thirties he realized that software alone wasn’t enough to make real impact in the world, so he got involved in the local fab lab movement, then joined the Fab Academy with Francisco at the Beach Lab and opened a public access Fab Lab in his hometown, Cascina, Italy.  Fiore ran a network of digital fabrication labs all over Tuscany, connecting projects and infrastructure for a future of distributed manufacturing and education.  Fiore became lead manager of infrastructure for multiple educational programs in the Fab Lab network such as Fab Academy and Bio Academy. He co-founded the Fabricademy course with Cecilia and Anastasia. In 2017 he started Fabctory, a company of design and innovation that offered spin-off services from Fab Lab Toscana, with the goal of training the network and implementing local production of global design around the world, using the micro-factory model. Fiore liked to call himself the ‘Plumber of the Fab Lab Network.’ He was always a step ahead of everyone, and fixed any technical problem in the blink of an eye.

As a teacher, Fiore gave lectures in graduate and post-graduate classes, and conducted workshops in Fab Labs around the world.  He was a global evaluator for Fab Academy and Fabricademy. In the past few years, he managed Fab Cloud, the IT infrastructure for the Fab Lab network. He also served as Chief Information Officer, or better known as ‘Bit Ninja,’ for the Fab Foundation. In his spare time he enjoyed making digital art and educational installations, such as constructing the largest Arduino-compatible board in the world, in Fab Lab UAE, Dubai.  Fiore and Claudia have, of late, been traveling the world, giving talks, conducting workshops, creating IT infrastructure and communicating the fab spirit to one and all.

Fiore is survived by his partner, Claudia Simonelli and his family in Sicily.  His funeral will be held this Saturday, November 16 at 15:00 in the church “Chiesa di Ss Addolorata” in S. Avellino a Messina, Sicilia, Italy. The address is: via Natoli, 67, Messina, Italy 98213.

Condolences can be sent to Claudia at [email protected].

We will host a memorial for Fiore in Europe in the coming weeks (details to follow) and in Montreal this summer.

Fiore has been and will always be a part of the fab family, a part of all of us.  We will miss him, and we carry his spirit and memory with us, always.