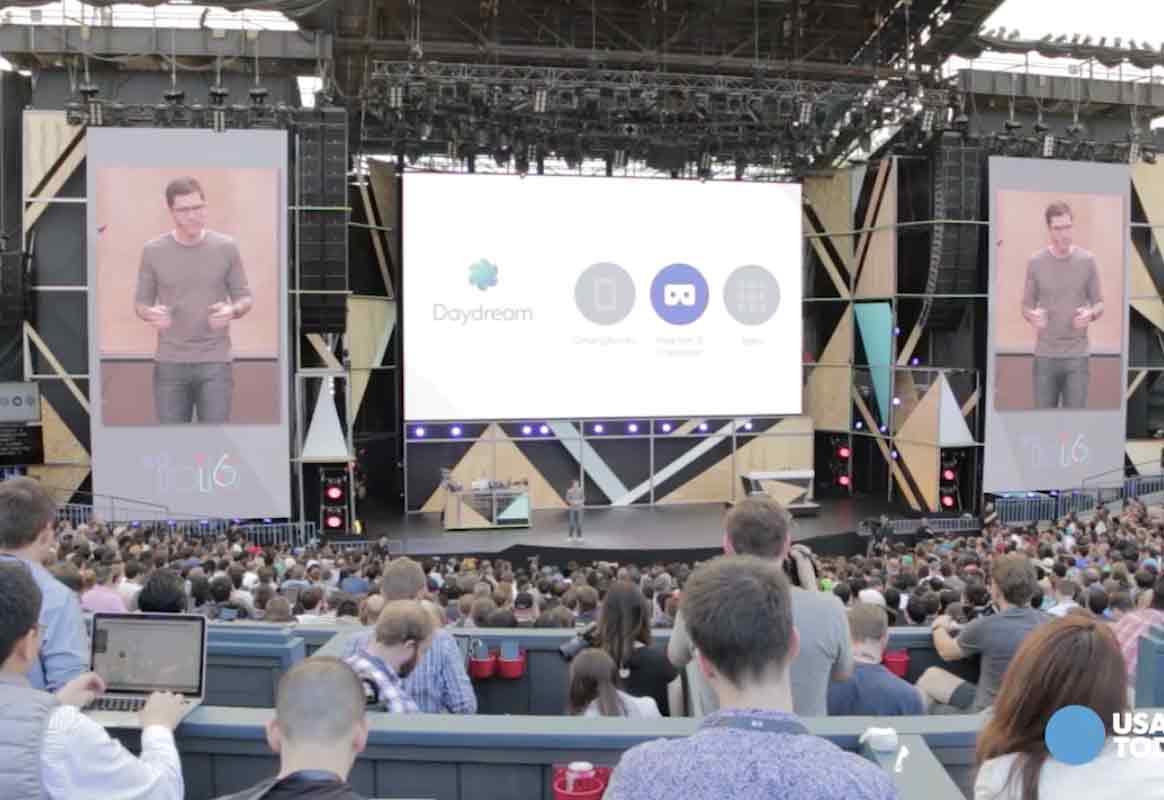 MOUNTAIN VIEW, Calif. — If Facebook’s Oculus Rift mission was to bring sophisticated virtual reality gear to true believers, Google’s evolving VR vision is introducing this otherworldly tech to the masses. “VR has the ability to take us all to those 1,000 amazing places on the planet that we’ve always wanted to go but can’t get to,” Clay Bavor, Google’s VR effort leader, told USA TODAY before addressing developers at Google I/O Thursday. “It’s just an amazing opportunity for us to help make this a reality.”

Also on tap are two new cameras that will make creating sophisticated VR content easier, one being developed in collaboration with IMAX and the other with Chinese company YI, a GoPro rival.

The two new VR camera projects are an effort to expand content created for Google’s Jump platform, which uses massive computing power and complex algorithms to stitch together images shot by multiple cameras to create a VR experience.

When Jump launched a few years ago, Google helped GoPro create a 16-camera rig for VR filmmaking. Now, Google will be helping IMAX make a cinema-grade Jump camera, which could lead to IMAX-quality VR films made for smartphones. And later this year, YI’s 4K Action Cam II will bow with Jump VR capabilities.

Many of the resulting videos will live on Google’s YouTube, which announced Thursday at I/O that it would be unveiling a YouTube VR app this fall. Read More…