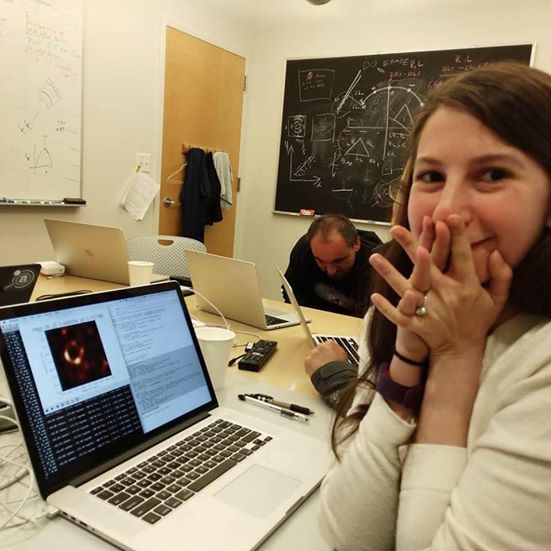 Katie Bouman: The woman behind the first black hole image

A 29-year-old computer scientist has earned plaudits worldwide for helping develop the algorithm that created the first-ever image of a black hole.

Katie Bouman led development of a computer program that made the breakthrough image possible.

The remarkable photo, showing a halo of dust and gas 500 million trillion km from Earth, was released on Wednesday.

For Dr Bouman, its creation was the realization of an endeavor previously thought impossible.

Excitedly bracing herself for the groundbreaking moment, Dr Bouman was pictured loading the image on her laptop.

“Watching in disbelief as the first image I ever made of a black hole was in the process of being reconstructed,” she wrote in the caption to the Facebook post.

She started making the algorithm three years ago while she was a graduate student at the Massachusetts Institute of Technology (MIT).

There, she led the project, assisted by a team from MIT’s Computer Science and Artificial Intelligence Laboratory, the Harvard-Smithsonian Center for Astrophysics and the MIT Haystack Observatory.