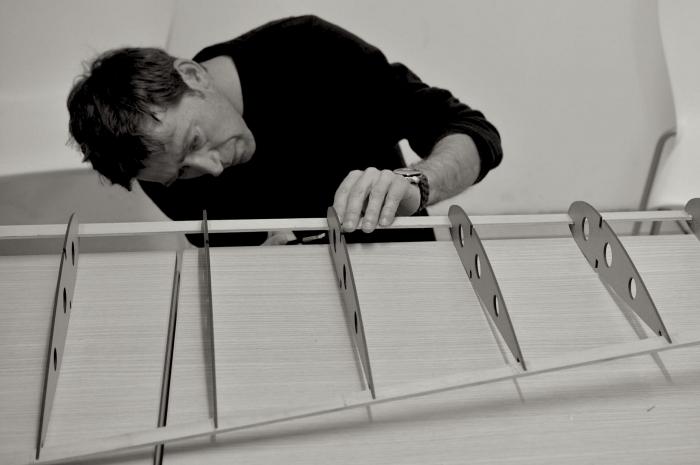 Yann’s dad was an electronics technician, and growing up in his dad’s workshop Yann got into technology very early. He later got his Masters degree in Sound Engineering from the School Louis Lumière – the best school to learn about anything related to Cinema.
After that, he worked for 25 years in performing art as Sound engineer, Light creator, Stage manager and Stage designer.
He started by working with concerts and live music, but now he essentially works for theater productions and currently he is the Stage manager of a theatre l’Aghja in Ajaccio.

Today, it is not in his dad’s workshop that Yann gets to build thing, but in the Fab Lab – a dream place for him. For his final project, Yann has been working on a tool that we could use in his theater: an automated machinery that would help with moving object and decors on stage, with an easy control panel. He calls his project the SmartMachinery.