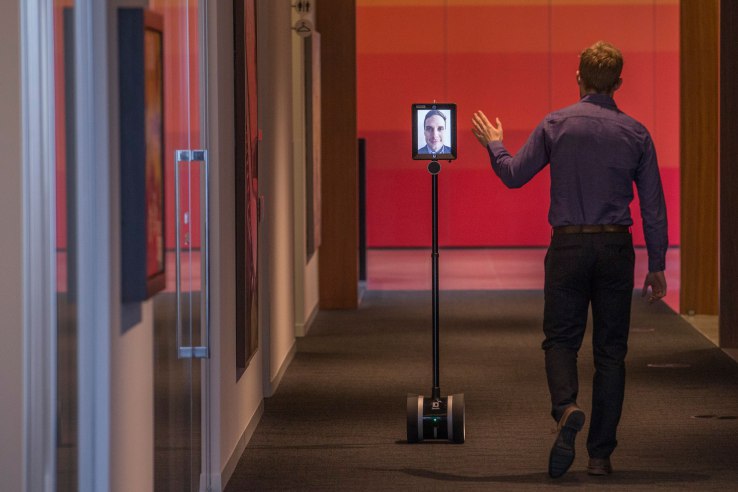 What if I told you that you could visit three continents in one day without leaving your office and truly feel like you were there in person? That you could move down a hallway or across a stage, make eye contact and feel, well, more like a human being than just a face on a screen?

Earlier this year, Paul McDonagh-Smith — my coworker at MIT Sloan Executive Education who is based in London — did just that with the help of “telepresence robotics.” First thing in the morning, he co-presented at a conference in Singapore alongside our colleague Cyndi Chan, then had a business meeting in Cape Town, South Africa and later that afternoon met with me and other team members on the MIT campus in Cambridge, Massachusetts.

If you haven’t encountered a telepresence robot before, they look surprisingly humble. There is some variety in appearance, but the basic elements are: a screen that functions as a “head,” a “leg” or a “neck” for turning the “head” and a set of gyroscopic wheels for traveling. The model we use is made by Double Robotics and is essentially an iPad on a leg with wheels. Though it may seem simple, the technology is quite remarkable in what it can do for bringing people together. Read More…