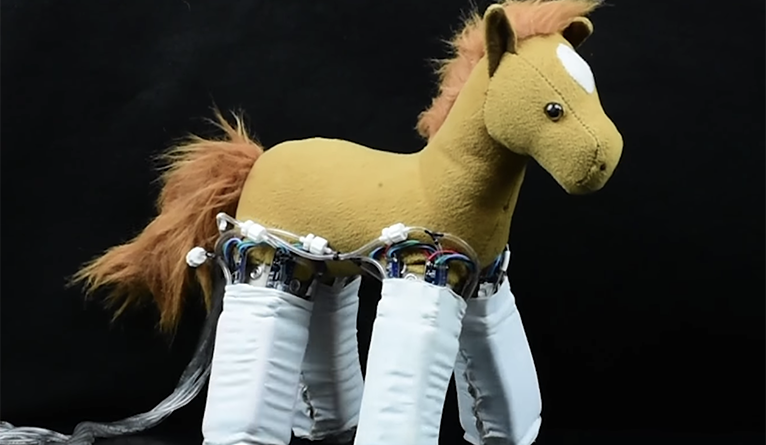 This “Robotic Skin” Can Turn Pretty Much Anything Into A Robot

What it is: Yale researchers have developed hardware that turns any inanimate object into a robot. The researchers originally developed this hardware for NASA, so that actuation and sensor technology could be repurposed and recycled while in space. Applications demonstrated by the researchers include enabling locomotion of a toy horse and a variety of foam objects. Beyond bringing everyday objects to life and multiplexing space hardware, these soft robotics can augment humans as wearables. A video from the research group shows a wearable application of the robotic skin applied to a person’s back. The sensors in the robotic skin detect posture, and the actuators in the robotic skin can activate to help the person be aware that they should straighten their back if they slip into a bad posture.

Why it’s important: Today’s robots typically excel at narrow tasks in highly curated environments. They often lack the ability to adapt to the natural world around them. Imagine future iterations with more degrees of freedom, different types of actuation, and more powerful sensors. Embedding artificial intelligence within the soft robotics will one day enable a user to merely apply a robotic skin to an object, specify an action, and watch as the robotic skin teaches itself to locomote the object as instructed. Share on Facebook