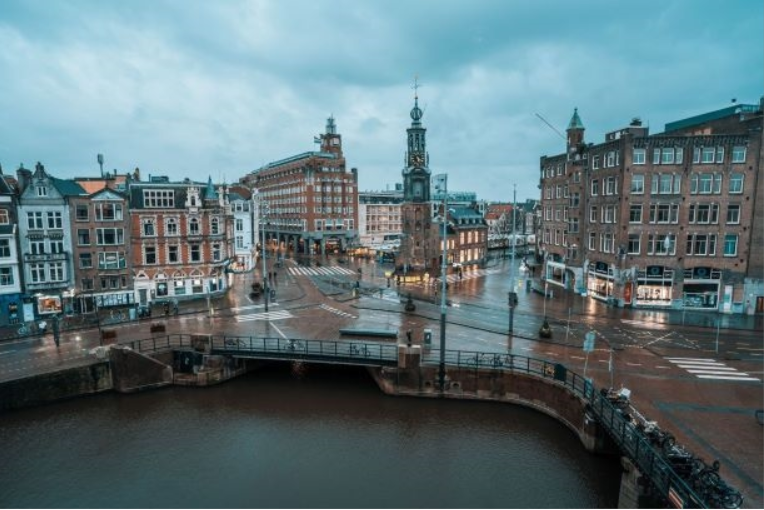 LONDON — More and more cities are embracing a doughnut-shaped economic model to help recover from the coronavirus crisis and reduce exposure to future shocks.

British economist and author of “Doughnut Economics” Kate Raworth believes it is simply a matter of time before the concept is adopted at a national level.

The Dutch capital of Amsterdam became the first city worldwide to formally implement doughnut economics in early April last year, choosing to launch the initiative at a time when the country had one of the world’s highest mortality rates from the coronavirus pandemic.

Amsterdam’s city government said at the time that it hoped to recover from the crisis and avoid future crises by embracing a city portrait of the doughnut theory.

As outlined in Raworth’s 2017 book, doughnut economics aims to “act as a compass for human progress,” turning last century’s degenerative economy into this century’s regenerative one.

“The compass is a doughnut, the kind with a hole in the middle. Ridiculous though that sounds, it is the only doughnut that actually turns out to be good for us,” Raworth told CNBC via telephone.

Its goal is to ensure nobody falls short of life’s essentials, from food and water to social equity and political voice, while ensuring humanity does not break down Earth’s life support systems, such as a stable climate and fertile soils.