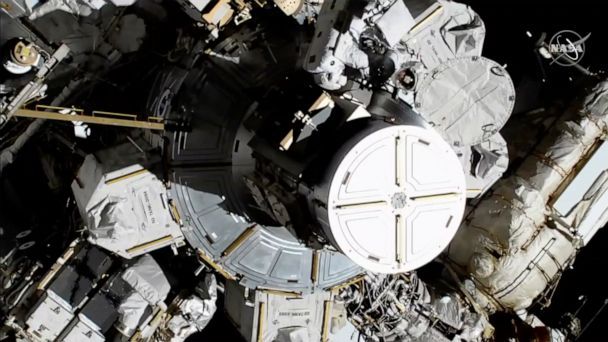 Two female astronauts have accomplished something no women have done before.

U.S. astronauts Christina Koch and Jessica Meir stepped outside the International Space Station Friday morning, the first time in history that two women have done a spacewalk together.

Koch and Meir were expected to spend more than five hours outside the space station to replace a failed power controller, but extended their spacewalk to “accomplish some get-ahead tasks on the space station,” according to NASA.