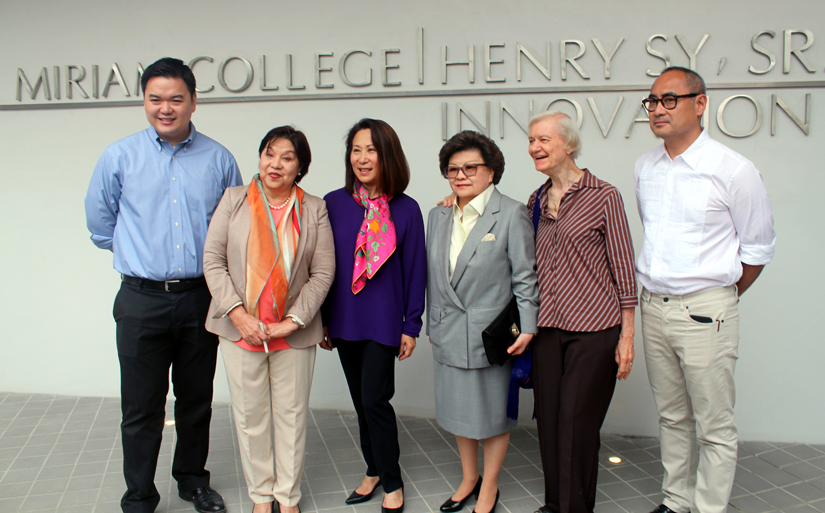 First PH Makerspace Opens at Miriam College in the Philippines

The Philippines’ first integrated makerspace has opened at Miriam College in Quezon City, providing students and faculty with a collaborative workspace and state-of-the-art equipment and tools to support a new model of teaching and learning.

Miriam College-Henry Sy Sr. Innovation Center is described as the country’s first makerspace―a place for learning, exploring, discovering, designing, making, transforming, connecting, collaborating and sharing ideas within a campus. The opening of the markerspace coincides with the 90th anniversary of Miriam College, which used to be known as Maryknoll College until 1989. It is now an all-women’s school.

“It is here at the Miriam College-Henry Sy Sr. Innovation Center where we will follow a new model of teaching and learning, one that brings change and improvement to current school and classroom practices―much like what our pioneering and progressive Maryknoll nuns did when they established their first mission in Malabon in 1926,” says Miriam College president Rosario Lapus.

The center was designed by renowned architect Ed Calma and was built through a P100-million donation from Henry Sy Foundation, the corporate social responsibility arm of SM Investments Corp., the holding company of the Sy family.

A daughter of tycoon Henry Sy, Elizabeth Sy is an alumna of Miriam College and is currently the president of SM Hotels and Conventions Corp., which runs the hotel and accommodation business of the SM Group.

In a statement, Miriam College says MC-HSSIC gives students and faculty the opportunity and space to immerse themselves into 21st Century disciplines of Dream―design, robotics, engineering, entrepreneurship and mathematics.

Calma says the design of the whole structure represents a water ripple caused by a drop. It is “where innovative ideas are formed and would ripple outward,” the architect says. “The outer labs are incubators of ideas and ideas are worked on as they pass through critique and exhibition, and finally, presented in the center space [innovatrium] as final products.”

Miriam College says the markerspace is supported by an integrated program that will engage students in Steam (Science, Technology, Engineering, Arts and Math) to Dream in preparation for fields of the future.