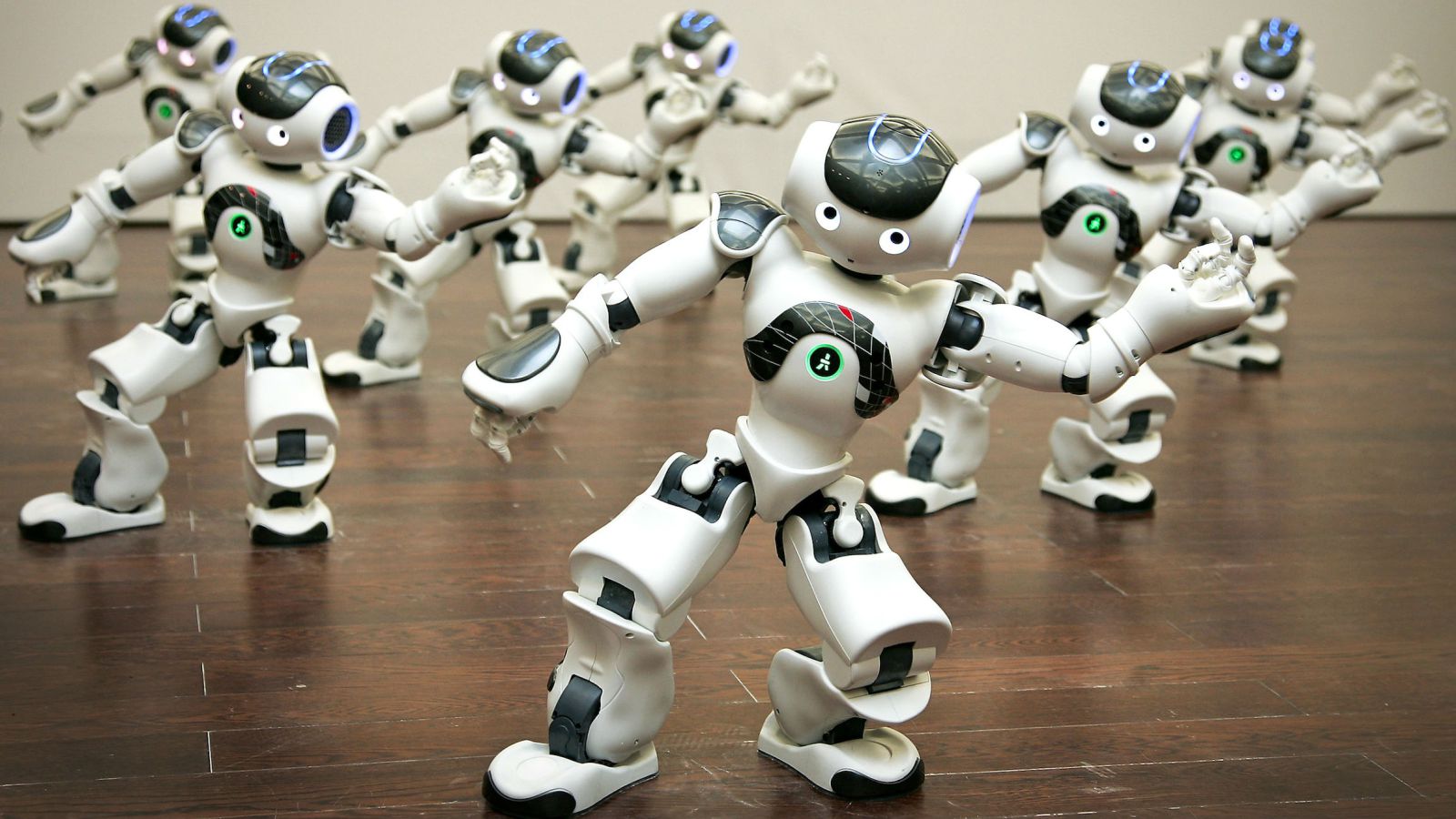 BEIJING — The Canbot can say its name, respond to voice commands, and “dance” as it plays Michael Jackson’s “Billie Jean.” Other robots China is displaying at the World Robot Conference can play badminton, sand cell phone cases and sort computer chips.

China is showcasing its burgeoning robot industry at the five-day exhibition in Beijing, part of a national effort to promote use of more advanced technologies in Chinese factories and create high-end products that redefine the meaning of “Made in China.”

Apart from the cool factor, China’s sweeping plans to upgrade its factories and production lines depend on building and better using advanced robots. Automation is crucial for industries facing rising labor costs and slowing growth in the work force thanks to the “one-child” policy era and aging of the population.

China will have to make big strides to leap ahead of Germany, Japan and other nations whose robots are generations ahead.

Infinities International Group, based in eastern China’s Shandong, advertises its Canbot U-Partner as a service robot that could be programmed to run in shopping malls, restaurants and banks. But it’s modeled on the “Pepper” robot made by Japan’s SoftBank.

Nearby, Peng Zhihui and Luo Binyi stood with “Ares,” a human-sized robot they designed with exposed metal arms and hands and a wide range of uses in mind, from the military to performing basic tasks in a home.

Peng and Luo, both 24, developed the mannequin-like Ares while attending college in southwestern China’s Sichuan province. A Shanghai investment company pitched in some funding.

“Many robots aren’t very useful right now, but will show their true value when they are used in homes in the future,” Peng said.

Thousands of factories in southern China’s industrial centers which long were manned by low-cost migrant workers, are now turning to robots. China has become the world’s top consumer of industrial robots and will soon have the most commercial robots in operation of any country. Foxconn, the Taiwanese firm that assembles Apple’s iPhones in China, has installed 40,000 robots in its factories.

China made robotics a focal point of its recent “Made in China 2025” plan, and has set national goals of producing 100,000 industrial robots a year and having 150 robots in operation for every 10,000 employees by 2020, a figure known as robot density. Currently, China ranks 28th in the world for robot density, behind Portugal and Indonesia. Chinese suppliers sold about 20,000 robots last year to local companies.