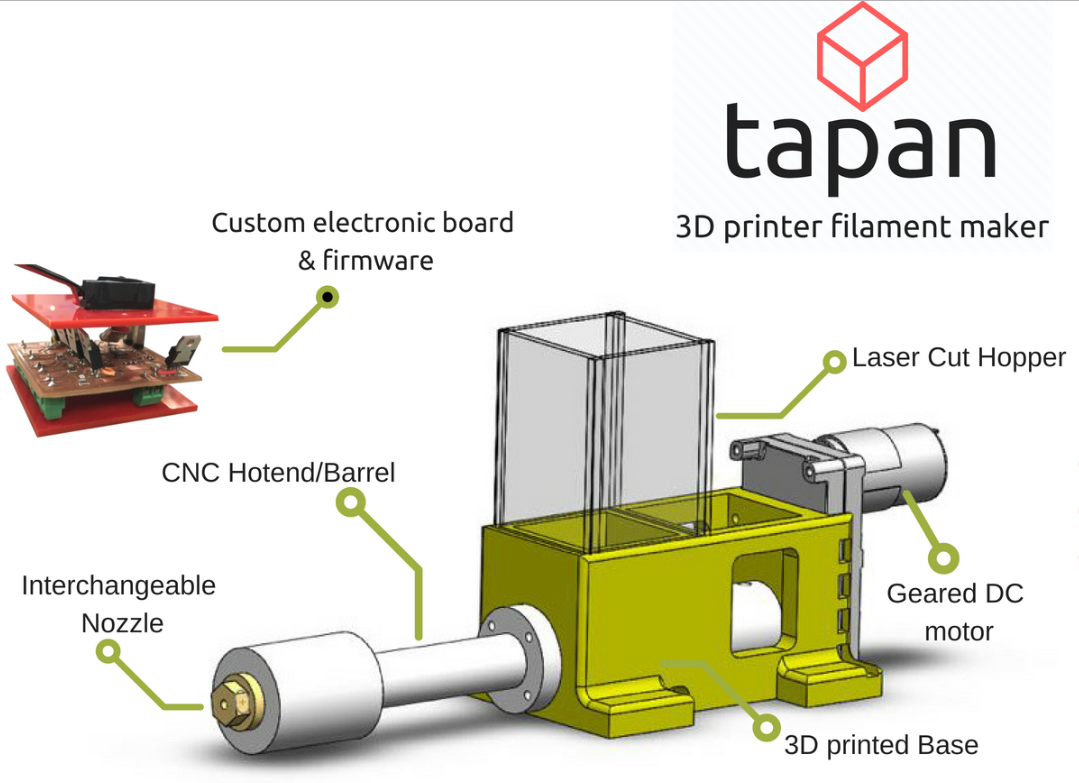 This project is a maker, It makes/extrudes filament for 3D printers from pellets fed into it. It’s a desktop filament maker which would act as an aid to your 3D printer. As the first step, the plan is to make filament from PET bottle strips but due to time limitation a more conventional path is chosen. In order to extrude we need to heat up the barrel to a certain degree which is closed (more & less) to the melting point of the material to be extruded. The heat from shear is more important than the heat from the heating elements or barrel. The material being pushed forward makes contact with the walls of the barrel-and the shear forces with frictions helps to melt the material. The middle section of the barrel should have slightly more temp than the end section near the nozzle. the section near the nozzle should have temp equal to the melting point of the material. It should be able to produce filaments form raw Pellets or failed 3d prints which are broken into small granules. There are generally three types of filaments used in 3D printing.

Abhinav Garg has made this project…