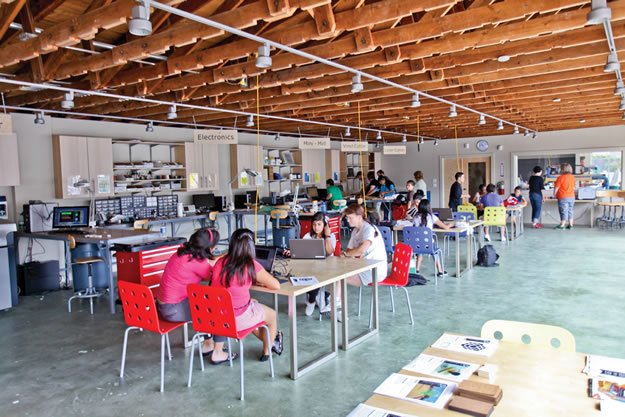 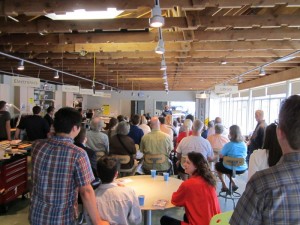 Hanson wanted to make something to capture its marriage of music and beer into one logo for the Hop Jam Beer and Music Festival in May.

The band came up with a hop-shaped guitar. But taking it a step further to make it playable would take an even wider community effort, another message of what members of Tulsa-based band Hanson hope to communicate with the second festival: It’s not just beer and music but a community coming together.

So when it came to actually making a playable guitar into the shape of a beer hop that will be raffled off at the May 17 festival to benefit the Community Food Bank of Eastern Oklahoma, Hanson turned to one of Tulsa’s most communal spaces: Fab Lab Tulsa.

“The Hop Jam is clearly a community deal,” Taylor Hanson said while checking out the progress on the guitar at Fab Lab Tulsa last week. “Everyone can come to the show; this is hugely communal and collaborative. This is a fundraiser, so we wanted somebody that got excited about the idea of community and collaboration.

“And this is the ultimate community space that is set up to create collaborative projects and tap into people’s talents of all kinds.”

Ashley is a Communications/Social Media guru!