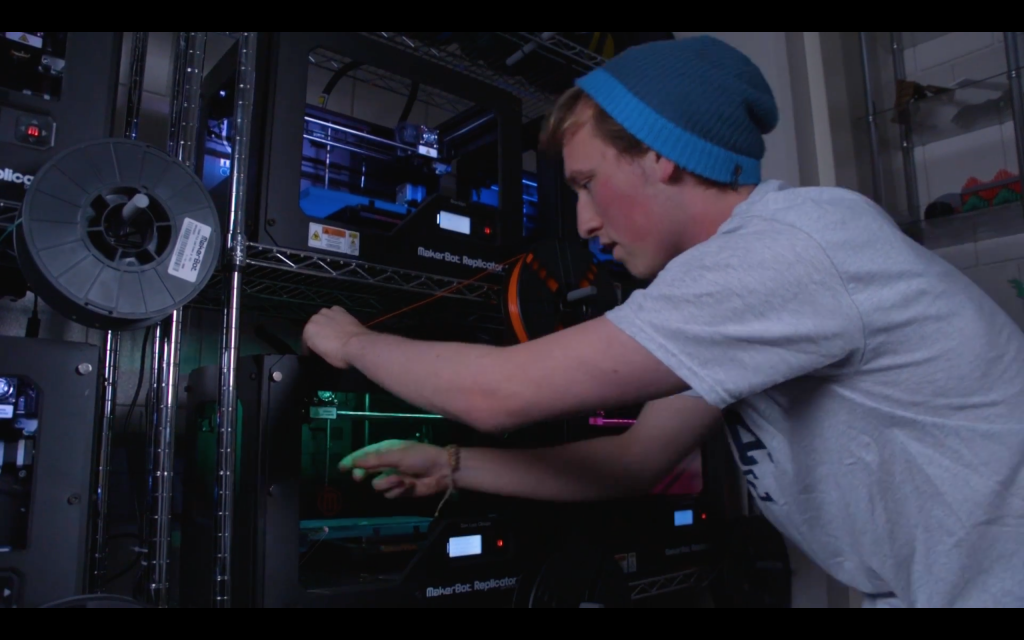 What started out as an experiment in the capabilities of a new MakerBot Replicator has now given a helping-hand to those in need, and potentially launched the career of physics student Ryan Bouricius. After seeing a video on Youtube, Bouricius took the initiative to print and design his own prosthetic hand, capable of gripping, throwing and carrying objects.

As a student at Ithaca College, NY, Bouricius honed his hand design by using it to perform everyday tasks and make adjustments. He now runs the 3D printing lab which was first launched 3 years ago by Professor Michael ‘Bodhi’ Rogers as part of the Department of Physics and Astronomy.

His efforts have gained him a place in the e-NABLE community – an online charity that matches makers to people in need of prostheses. E-NABLE has been online since 2013, and in that time has given out an estimated 1800 hands to clients. It has had particular effect with children as the designs held by the site are entirely customizable, and of course children grow so fast, so they will need regular modifications to the size and fit of a hand.

A typical e-NABLE hand costs $35 to make, but Bouricius’ design has managed to cut that by over half the amount to only $15. If acquired through the hospital, a prosthetic hand with the same capabilities would typically cost in excess of $6,000, so it’s astounding what impact a 3D printer can make to the market.