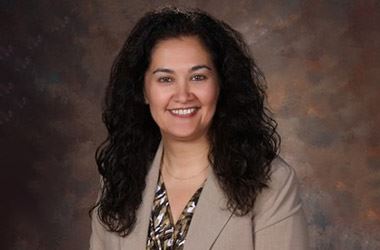 Nader Shaterian, co-founder of School Fab Lab, interviewed Fontbonne Hall Academy Principal Mary Ann Spicijaric about her insights on bringing the “high-tech makerspace” to her Brooklyn high school students. She was thrilled that School Fab Lab “makes them feel as though they can actually do a hands-on skill that they never thought they could do before.”

Watch the interview, read the transcript below.

Nader Shaterian, Co-founder, School Fab Lab:
How did you come up with this idea — because when I met you, you already were working on a Makerspace and the STEM project. How did you arrive to that point?

Mary Ann Spicijaric, Principal, Fontbonne Hall Academy:
When we talked about it, I guess what was very appealing about Fab Lab was the fact that it was, as I like to say a “high-tech makerspace” – where not only now do students have the ability to design and create but in the process of doing that, they’re learning on the latest technology.

NS:
Could you just elaborate a little about the implementation, and what was the fear from your side, or what was part of it that you thought that is going to make it successful?

MAS:
Well, the fear definitely was, you know, we have this ninth grade curriculum in place so we need the space to be functional for September; the kids are coming in September and it’s part of the course, so that was certainly the fear. And I think that it was that teamwork that really really made it successful. But again, you know, the timeline was critical and the deliveries were all on time.

NS:
How do you see this move to actually maybe part of your STEM curriculum and certification?

MAS:
STEM is project-based learning, that’s really what it is, and we are committed to being a project-based school. So I think that the greatest impact, I think, that any kind of fabrication lab can have is the fact that students are bringing themselves to their learning, and what they create is their own. My vision is having a school where in every class, students have that opportunity, to create and design something of their own, I mean, especially in a woman’s institution. So I think the Fab Lab is central, it’s really becoming central not only to our teaching but to our mission in terms of inspiring girls to really be everything they can be.

NS:
How do Fab Lab and Makerspace and all the educational initiative that you are spearheading at the school, how that affects getting these girls ready for 21st century job?