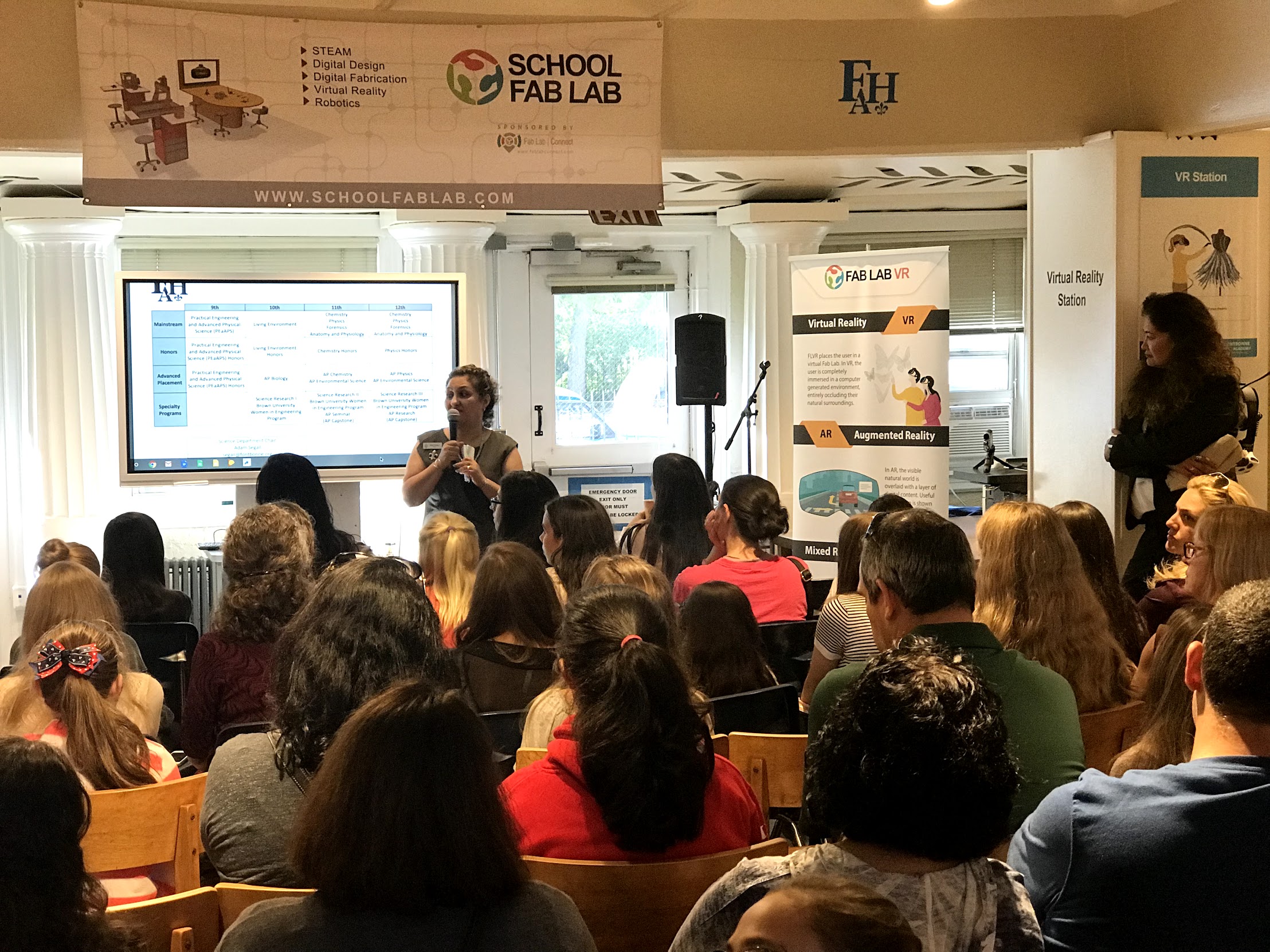 “Fab Lab” will be the key to bridging the gap between curriculums, STEM and beyond

Fontbonne Hall Academy opened its doors to prospective students and their families on Saturday, October 21 at an open house the school’s principal lauded as its “best” in years.

“It was the best open house we’ve had in the past five years,” Principal Mary Ann Spicijaric told this paper, noting that just shy of 500 people attended the early-afternoon event. “We were ecstatic about that.”

Among the highlights at this year’s open house, Spicijaric said, was the spotlight on the all-girls school’s brand new Fabrication Lab which deals with robotics, drones and other technological advancements.

“It’s a high-tech maker’s space that’s being used as a mandatory part of our ninth grade science class, which is called Practical Engineering and Advanced Physical Science,” she explained, “but we’re currently working it into the curriculum of our entrepreneur and art students as well.”